This class is included in the full conference pass.

Teaching America to Letter. Keynote lecture. Randall takes us on a lettering journey through the history of the Speedball pen and textbook. 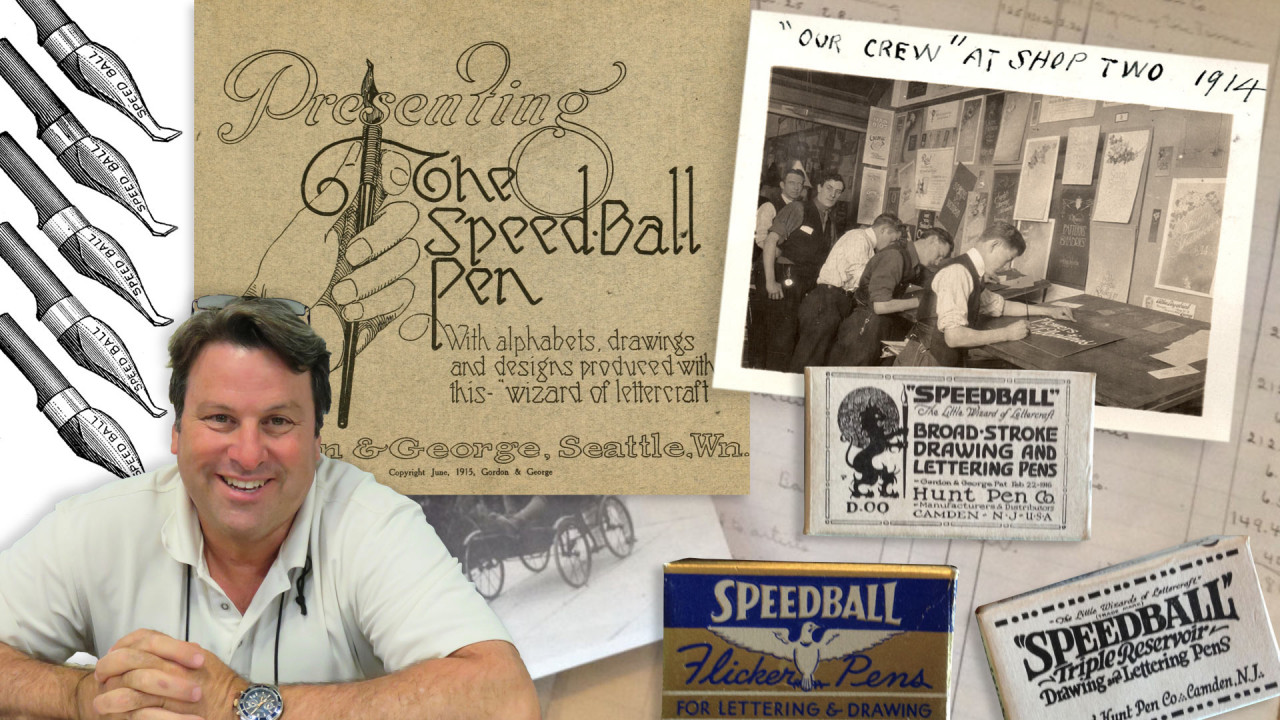 Come with us on a lettering journey narrated by Randall M. Hasson.

The early 1900s were a time of invention. New industries emerged and the need for specialized lettering was greater than ever before. Learn how American lettering artists led the way with innovative lettering as well as how they developed techniques – and created many of the materials – that we take for granted today.

One of the tools created was the Speedball pen, a nib with a bent tip that revolutionized commercial lettering. William Gordon and Ross George created that pen in a shop in Seattle, and the small pamphlet that told letterers how to use the pen became the most influential lettering manual of the last 100 years. Randall walks us through the history of The Speedball Textbook and talks about how it has become a chronicle of the ever changing styles of lettering from 1914 until today.

Randall M. Hasson is an artist, calligrapher, instructor, and speaker who has appeared on the faculty of Arts, Lettering Arts, and Educational Conferences in the United States, Canada and England. He ran the Randall M. Hasson Gallery in San Diego and Santa Fe from 2000–2013. He has appeared as a mainstage presenter and/or teacher with lecture topics covering Public Art, Art History, the Painting Process, Collaborative Art Projects, and the History of Writing including the recent invention of the ADLaM Alphabet in western Africa. He is the author of a variety of articles covering lettering arts; is the co-editor of the 24th (Centennial) Edition of The Speedball Textbook and is currently writing a history titled Teaching America How to Letter: The Speedball Story.

The Speedball A Nib Experience with Randall M. Hasson

Get more in-depth study about writing with the bent nib in Randall's follow-up workshop. This is a hybrid workshop with a combination of Live Zoom sessions and lifetime access to 3.5 hours of prerecorded video lessons.

For a full calendar of events, visit The A Nib Experience page at Sandia Workshops.

To register (check or Paypal), visit the Write On Calligraphers website: 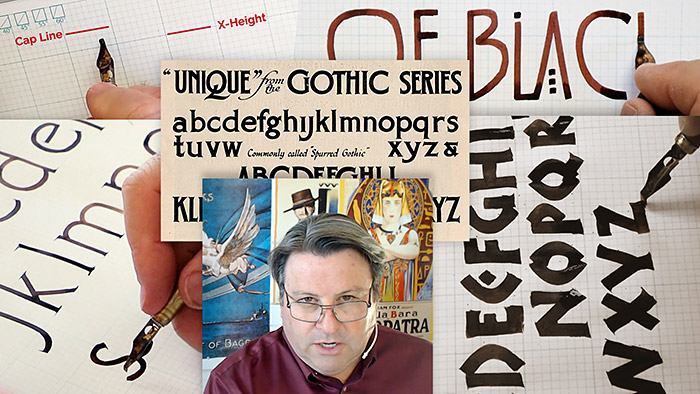